Navigation Menu
Home » The Next Step

After Marci recorded her first CD, Free, she was certain that she would never do another one. Then she discovered that she had 16 songs she had written since the first CD and truly felt that the songs needed to be out in the world. So she opened herself up to doing another one. When she made that decision, she also decided that she wanted her favorite Portland vocalists to take her songs and make them their own. So on The Next Step, all of the songs are sung by various Portland musicians who are all active in the New Thought community. Marci continues to write her own songs and now leaves herself open to possibilities – which could include another CD. The Next Step was released in December, 2015.

Ken Brewer grew up playing guitar and piano, studying Music Education at the University of Bridgeport. His desire to teach music gave way to his passion for performance, playing with a variety of musical groups and moving to the Bay Area in 1980. He joined a pop band traveling the west coast, eventually settling in eastern Oregon. Hooking up with the rock band Tukannon, Ken traveled extensively throughout the western states and Canada. Portland became home in the mid 80s where Ken became an integral part of the local blues scene, working with many notable artists such as The Norman Sylvester Band, Paul DeLay, Ellen Whyte and Robbie Laws. A sound engineer as well as performer, he continues to play regularly at blues clubs in Portland. Interested in spirituality, Ken played and sang at the Unity Church of Lake Oswego for a time, then joined Linda Rossi & Friends at Portland Center for Spiritual Living in 2005. 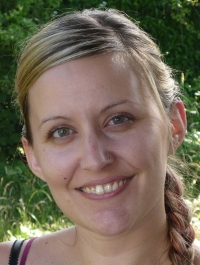 Starr Sheppard-Decker is a teacher, speaker, Law of Attraction coach, musician, activist, spiritual leader, Unschooling Mom, and founder of Radical Revelations. Her gift and passion is helping Spiritual Non-Conformists break down the inner walls that keep them stuck, small and searching in a system that may or may not support their needs. She loves watching what happens when we let go of old programming & judgment and reveal our unique inner light. 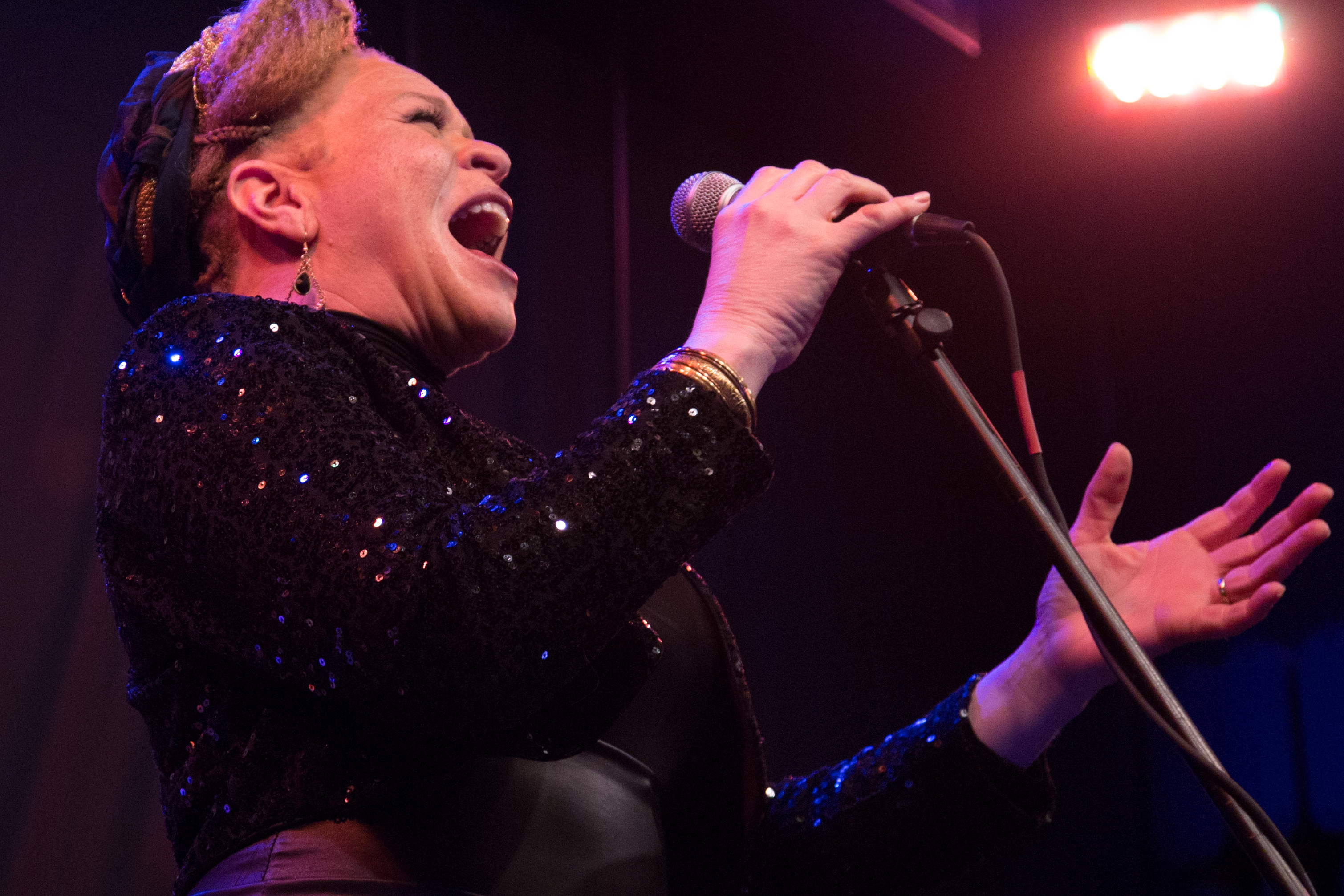 LaRhonda Steele began her musical journey in Jones, OK at age 13 singing her first solo in church one Sunday morning. The journey continued to Portland, OR, where she is an amazing legacy of musical experiences for which she is ever awed and grateful.

She has worked with local, national and international artists: Curtis Salgado, Norman Sylvester, Linda Hornbuckle, Janice Scroggins, Paul Delay, Obo Addy and Thara Memory. She has had the pleasure of recording with Obo Addy, Janice Scroggins, Norman Sylvester and Ken DaRouchie. Performing at the Lincoln Center with Obo Addy in 2005 and her yearly appearances at the Safeway Waterfront Blues Festivals are just a couple of the highlights of her career.

Oregon is a perfect place to have and raise a family-her two daughters and husband Mark Steele love living and working in Portland, their community.

LaRhonda is the choir director for the Portland Interfaith Gospel Choir, whose mission is to employ Black Gospel Music to spread the message of Love, Equality and Cooperation to our community and world. She is Music Director for Unity West Linn.

Ever thankful for the support she has received from the musical community and her fans, her legacy of the love of music will continue on through and as the Irresistable Soul Music of LaRhonda Steele.

Melissa is a passionate and multi-talented performer who is always striving to broaden her skills, and step beyond her own comfort zone. Being born and raised in beautiful Honolulu, Hawaii offers inspiration to her life​ and performance​. Melissa has a solid background in dance and vocal performance, with limited formal acting training. She can be seen occasionally in local stage-productions, ​on commercials, ​or as an extr​a in TV and film.​ She is seeking to ​further ​hone her acting abilities expand all of her performance experiences, both on-stage and in film​. Melissa works for a grassroots, social justice non-profit, Asian Pacific American Network of Oregon (APANO) which shapes and colors much of her daily life. She believes in building community, strengthening communities of color through building unity, and in using ​art, music, and creativity to express, educate, and enliven the world.

Linda Rossi was influenced by her father’s beautiful voice, and love of music. Her earliest piano teacher was her ‘Uncle Vince’ who was a club musician and a long-time staple at Disneyland’s Golden Horseshoe Saloon. Vocal tutoring took place in the church balcony, and expanded to private operatic study with Primo Lino Puccinelli in Pasadena, California. A Liberal Arts education and advanced music theory followed. The highlight of her formal training came when she invested several years studying with the renowned Tom Blaylock in Portland, Oregon. Linda has been singing professionally since 1980 with several touring bands, including her favorite, the eight-piece big band Linda Trotta and Out of the Blue, a club favorite and regular at Waterfront events. She has shared stages through the years with local artists such as Duffy Bishop, Robbie Laws, Paulette, Rae Gordon, LaRhonda Steele, Ellen Whyte and many others. Her passion now is the envelope-pushing ‘New Thought’ R&B venture Linda Rossi & the Friends Band comprised of Ken Brewer, Don Shultz, and Jim Solberg. A life-long student of spirituality, she currently performs in New Thought Churches, most notably the Portland Center for Spiritual Living where she is Music Director. Recordings include “Upside of the Blues” and “Rough Cuts.

Sarah’s journey to participating in this CD project started when she was a young girl, singing with her mother when washing the dishes! Piano lessons lead to learning guitar and forming/ performing with an award winning folk singing group in high school. As a longtime member of PCSL, she has performed with the choir and sung at the Woman As Spirit women’s retreat. She currently is a founding member of and lead singer for The Pickled Peppers Kitchen Band that performs throughout the Portland area. 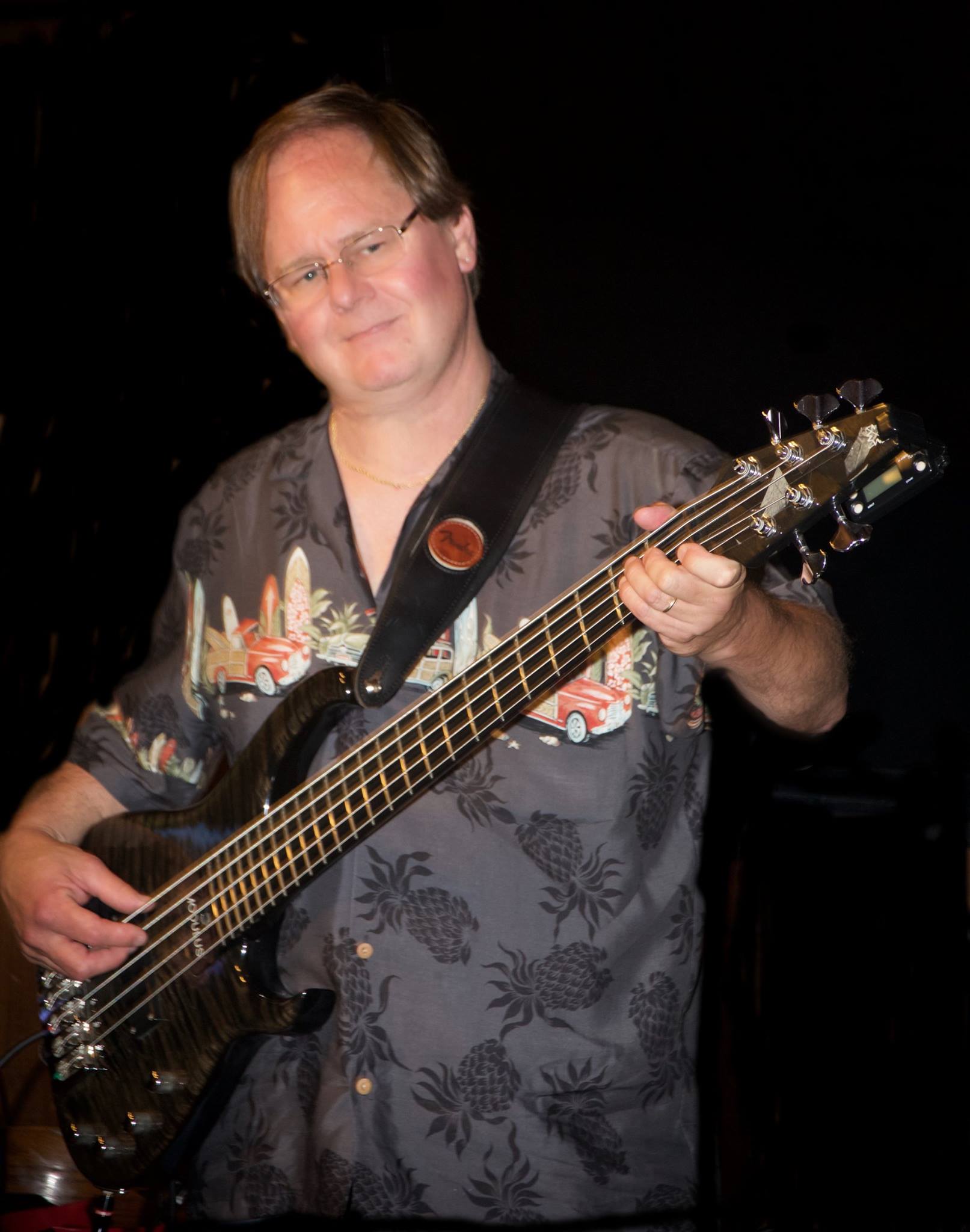 Jim grew up in a musical family and started playing the bass at age 12.

His 1st gig was with his Dad’s band playing Lawrence Welk style music for the senior citizens at the community center. He began his professional musical career in high school. On weekends, Jim played dance music at local Elks clubs with his high school music teacher’s group. Jim also played an active part in high school functions like proms and dances. In 1973, he studied music at Columbia Basin College in Pasco, WA. In 1974 he moved from Richland, WA to San Diego, CA to play in a funky horn band called Power Potion. That band traveled extensively throughout Canada and the Pacific Northwest. Jim re-located to Portland, OR in 1976. Since then he has played and recorded many styles of music from Jazz and Funk, to Rock, Country and Latin styles. Jim has been a fixture on the Portland Blues scene; 6 years w/The Lloyd Jones Struggle and 6 years w/The Jim Mesi Band. When on the road with Lloyd Jones in 1992, the band opened in concert for BB King, Bonnie Raitte and Robert Cray. While playing with Jim Mesi in 1997 & 1998 the band was hired by the Department of Defense to perform for U.S. And NATO troops overseas. The Jim Mesi Band did two 8 week tours and visited Iceland, England, Germany, Hungary, Bosnia, Macedonia, Begium, Holland and Norway. Needless to say, the band was very well recieved while in Europe. It was an honor to bring a little taste of home to many soldiers there. Jim played for 12 years with a very popular 8 piece show band called The Swingline Cubs. That band performed for corporate parties and wedding receptions. During the summer months, it was not unusual to hear them play concerts in the park as well. In 2008, the Swingline Cubs was the only band from Oregon mentioned in Modern Bride Magazine as the best of the best.

Jim enjoys playing in church and is a member of the Portland Center for Spiritual Living. He plays an active part in the music program there with “The Friends Band.” From 2011 until 2014 Jim played Gospel Blues music in a band with Rae Gordon at the Trails End Saloon in Oregon City, playing the first Sunday of every month from 3 to 5

PM. Rae Gordon, a wonderful singer and performer, attracted an impressive audience month after month. Currently, Jim freelances musically and gets called to play locally with many bands. Lately he has been seen at several nightclubs in the Portland area with The Ken Brewer Band, Nico Wind and Free Rein and another band called Francine West and the Highball Wobblers.

Jim Buix has been playing professionally in the Northwest since 1964. Jim studied with Mel Brown, Portland Oregon’s best known jazz drummer, for 2 years after high school and spent the next 7 years touring the western US, Canada, Alaska and Hawaii, playing clubs and shows full time until settling in the Vancouver, Washington area in 1983. Since that time he has played with the likes of The Hardtops, Five Guys Named Moe, The Rae Gordon Band and many others. He is still playing in and around the Portland area in many styles and types of bands.

Mark Bosnian is an award winning singer/songwriter and was voted into The Oregon Music Hall Of Fame in 2001. As a member of national acts Nu Shooz and Body & Soul, he toured the U.S. and sang on The NBC Today Show and The Pat Sajak Show. He’s performed in Africa, Europe, Central and South America, has sung the national anthem at numerous NBA basketball games and has lent his voice to scores of radio and television commercials.

Mark Bosnian is a veteran voice teacher and is a widely recognized expert in the field of vocal performance. He’s taught people of all ages and expe­rience levels—from six-year-olds to folks well into their seventies, as well as notable singers Courtney Love, Meredith Brooks, Linda Hornbuckle, Dan Reed, and 2012 American Idol semi-finalist Haley Johnsen. He coached the cast of the TNT series Leverage to sing in a commercial promoting the show.

He regularly teaches at the prestigious Puget Sound Guitar Workshop music camp and gives workshops, classes and one-on-one sessions in Portland, Or and online via FaceTime and Skype.

Sarah Steele, 14, is currently a 9th grader at Jefferson High School. She has sung with her mother LaRhonda Steele for as long as she could, and has chosen to pursue South Korea in her future. She was very excited to be asked to sing on this beautiful CD, and be able to invite her friends, Isis and Star to participate as well.

Isis Porter, 16, is currently a 9th grader at Jordan High School in California. Her family has participated in multiple musical workshops including, BLL (Beats, Lyrics, Leaders) for 2 annual years, and she is proud to say this is one of the last memories she had in Portland before moving with her sister Star to California.

Coi Holloway is 15, is a sophomore at South Medford High school, and son of Starr Sheppard-Decker. He is the Vice President of his speech and Debate team, and also enjoys running Cross Country and, of course, singing. He sings tenor in his school’s chamber choir, and is glad he recorded in the CD before he lost some high notes! 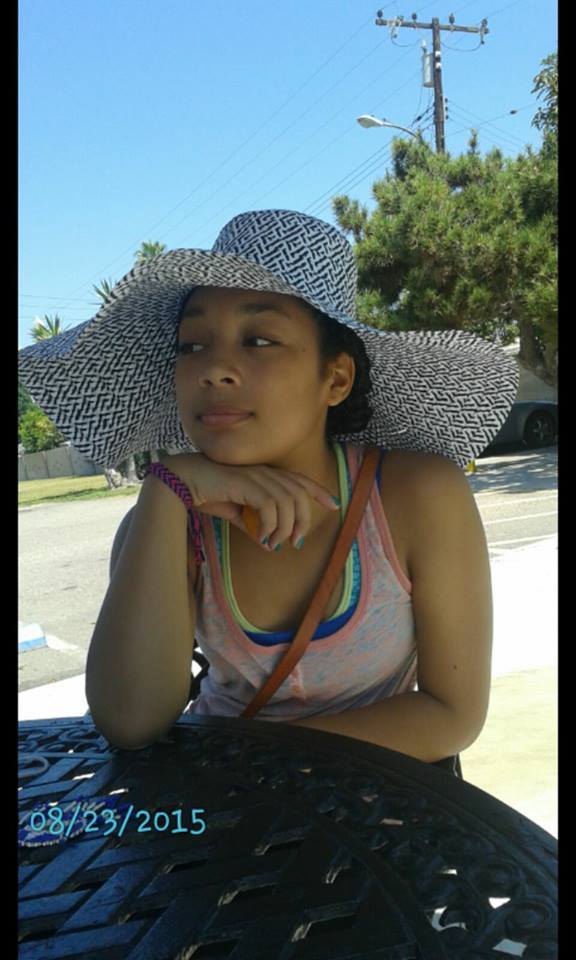 Star Grijalva, 12, is currently in 6th grade Home Schooled in Los Angeles, California. She along with her sister participates in Musical Workshops, and had taken the challenge of learning to harmonize by just using her radio, She has succeeded, and is Thankful to have lent her voice to such a powerful CD.

Buy The Next Step on iTunes

The Next Step on CD Baby